“The JRA gets a cutting edge toon-up with some fantastic new Johnny Ramone cartoon art & animation by illustrator/animator Sam Fout! Sam (who’s credits include Cartoon Network, Lucasfilm, SNL and Disney among others) was approached by JRA’s own John Cafiero with concepts for tooned up imagery of the legendary Johnny Ramone! This resulted in a number of great new designs and quickly evolved a step further into a short Animated by Sam Fout of Moon Toad Productions and Todd Cronin of Brainchild Animation. The animated spot, Produced by John Cafiero (of Osaka Popstar) with Johnny’s wife, Linda Ramone herself serving as Executive Producer, can be viewed free of charge right now at JohnnyRamone.com!” 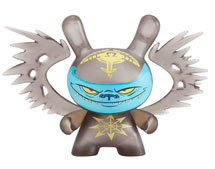